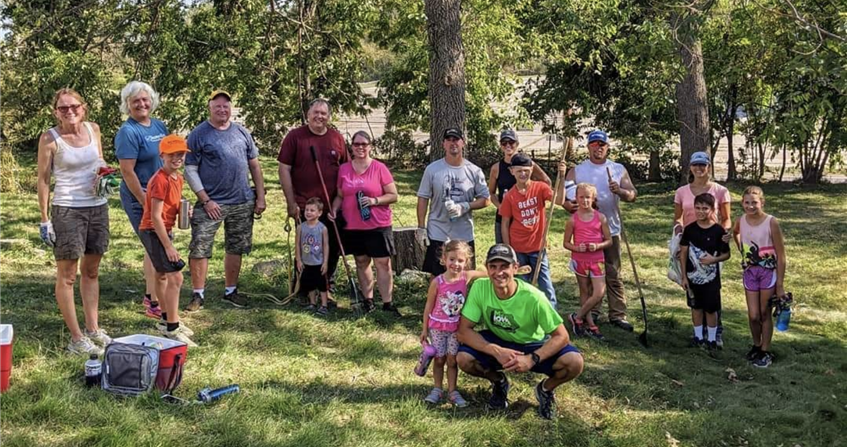 This is the fourth in a series of Faith In Action reports on how churches, ministries, and people from the Iowa United Methodist Church are making a difference and changing lives following the derecho disaster in August 2020.
The derecho storm that tore through Iowa on August 10 became the first time since the COVID-19 pandemic that members and volunteers at Shueyville United Methodist Church could come together and work in their community.

“The derecho was oddly what we needed," said Tubaugh. "We had a lot of people worshipping with the church online during COVID-19. Some people were ready to join, and they've never even been to a worship service in the building. The storm was the first time they could be in the same place, putting energy into the same thing. That’s something that we cherish.”

Because they came together to help, members of Shueyville got to know one another and realized that a whole new generation of people are ready to step in and get, more than just involved in online worship, but to be a part of the church.

“If you were to ask some of our longtime members who went to those different houses in Cedar Rapids, they would tell you, ‘I didn't know anybody.’ And, they have been coming to church for 15, 20, 25 years, and they didn't know any of the people that were with them from the church,” said Tubaugh. 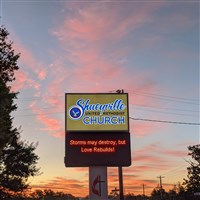 “You can love your church and you can be there to support them, but if you don't know where the people who need the support are, then you're really not being what Jesus would want you to be,” said Rev. Brody Tubaugh of the Shueyville UMC. “Realizing this has become a humbling moment for me.”

Through that realization, Shueyville identified ministry opportunities with groups that they need to develop stronger relationships with, so that the next time something like this happens they can provide immediate care for them.

“We've been in our houses for so long and away from each other that we've kind of lost the feeling of being a community,” said Tubaugh.

Tubaugh went on to say that it was refreshing as a leader of a church to be a helper, to do something physical to help, and be the hands and feet on the ground.

“Church has gone on relatively uninterrupted in our country for a long time," said Tubaugh. "The cycle of the church calendar hasn't had any curveballs in my lifetime. This was an opportunity for us, as leaders, to adapt, change, and to try something new.”

Tubaugh noted that he thinks the opportunity for the church wasn't directly after the storm, even though everybody rallied by volunteering. The church is supposed to have endurance.

Rev. Tubaugh’s sermon series (he picked it months ago) that he was preaching before, during, and after the derecho, came at the right time. The series was based on, “Faith over fear”, “This too shall pass,” and, “God's got this.” It was fitting for the times and encouraged Shueyville in the right way.

One of the houses that the Shueyville team worked on didn’t look like It needed as much help as the others. It was in a nice neighborhood and the house wasn’t damaged. It was the home of a widow and when asked what was needed, she responded, “Can you clean up my woods?”

"We didn't think it was where we were supposed to be," said Tubaugh.

As they were about to leave, and the woman called Tubaugh into her garage and gave him a check for $400 to help others.

“On the way to this site, I'd been talking to someone who said disaster relief needed a few more funds and they needed them quickly and I thought, what are we going to do about that?” said Tubaugh. He put aside the thought for a second not realizing that the next person they helped just happened to be the one who would provide those funds.

"So, my hope is in the continuing belief of what we have seen time and time again. That in the midst of these things and when we're at our wit's end, that is when we encounter God being the strongest. That’s where I see hope—it’s in helping that little lady when we thought we were in the wrong spot. That is where we see that God has been doing something the whole time," said Tubaugh.